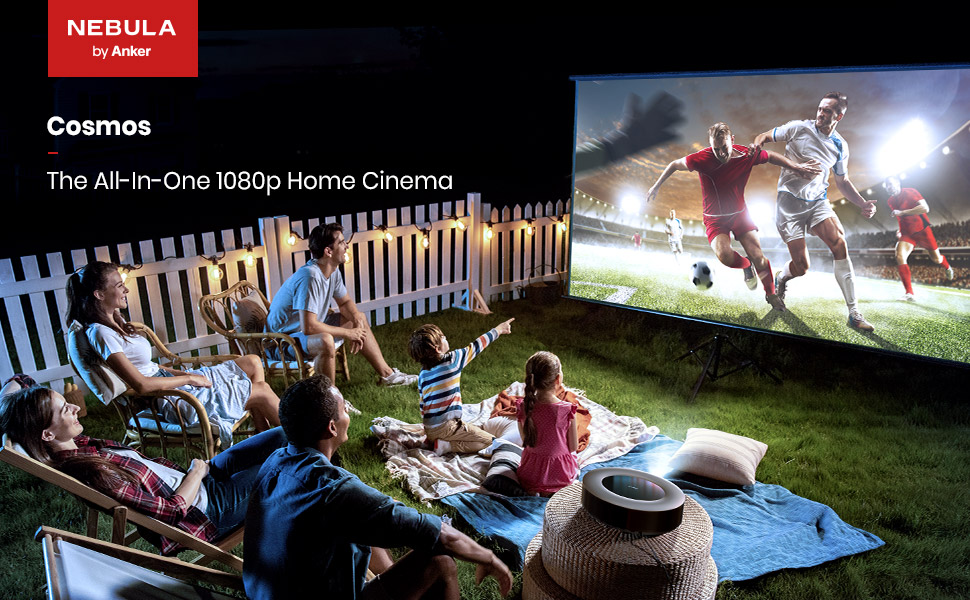 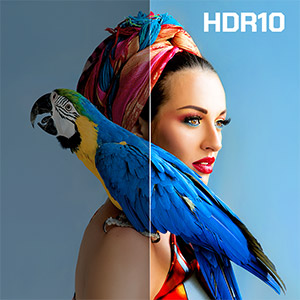 HDR10delivers on the director’s vision by ensuring everything you watch is vibrant and rich with color. 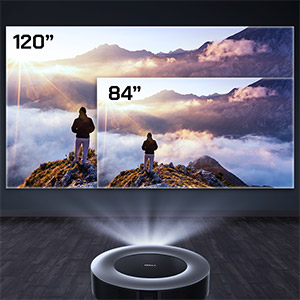 Adjust the size of Cosmos’s image right from the comfort of your couch with the digital zoom. There’s no need to get up—simply use the remote to find the size that suits your home. 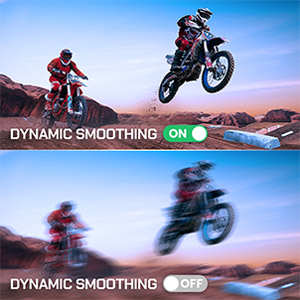 Wave goodbye to motion blur. Dynamic Smoothing keeps everything looking crisp and clear when the on-screen action begins to heat up. 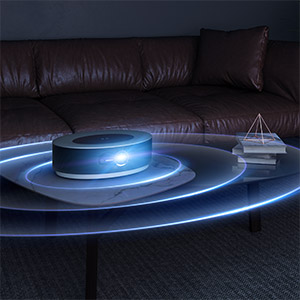 Hear It, Feel It

Feel like you’re at the center of the action with Cosmos’s 360° of sensational cinema audio. Powered by Dolby Digital Plus, the speakers deliver intense surround sound without the need to spend thousands on a costly speaker setup. 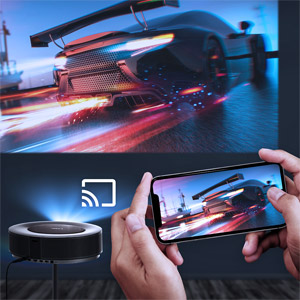 It’s a waste to watch movies on a tiny phone screen. Use Chromecast to stream content straight from your phone to Cosmos’s huge 120-inch picture. 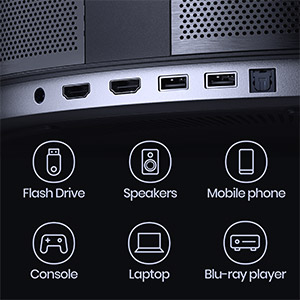 Get more from Cosmos by connecting up and playing content from your favorite USB-A and HDMI devices. You can even wirelessly connect to Cosmos via Wi-Fi, Bluetooth, or mirror cast from your phone or laptop.

Bright enough, intergated with Android TV. Sounds really really good. The 3D option is in plus. I found active glasses work with from XGimi on Amazon . Of course you can try to find something else and connect external device, but if you just like quick preparation to watch something , just press on and all ready to go, less cable around.

M
Michael W
Not bright enough at the price

It sounds great but most people would use their own sound bar or speakers better concentrating on improving picture and options like a remote that u can use in a darkened room Netflix should be easier to add on and more storage or the ability to add a external storage should be an option.

J
J. wade
Not very good at all

I was very excited about getting the projector for the football, but it was very disappointing. Returned after one day.

I had previously bought a Yaufey LED projector for a small bedroom home cinema set up but after a few months of use it was watchable but struggled with dark scenes particularly.

Step up the Anker NEBULA Cosmos Full HD 1080p bought on a black Friday deal a few weeks back. Its an altogether better bit of kit, brightness is on another level and the detail on the screen is superb. Set up was straight forward so far I cannot fault it. i use it mainly fed via HDMI from my amazon so cant comment on its inbuilt apps.

What i can say is on the occasions that I've used its inbuilt speakers its sounded far batter than expected, i use it in conjunction with a 5.1 amp and speakers but for occasional use the speakers are very good.

All in all very pleased with this projector.

Very happy no issue. True native full hd. Picture quality perfect for me and my family. Thanks you