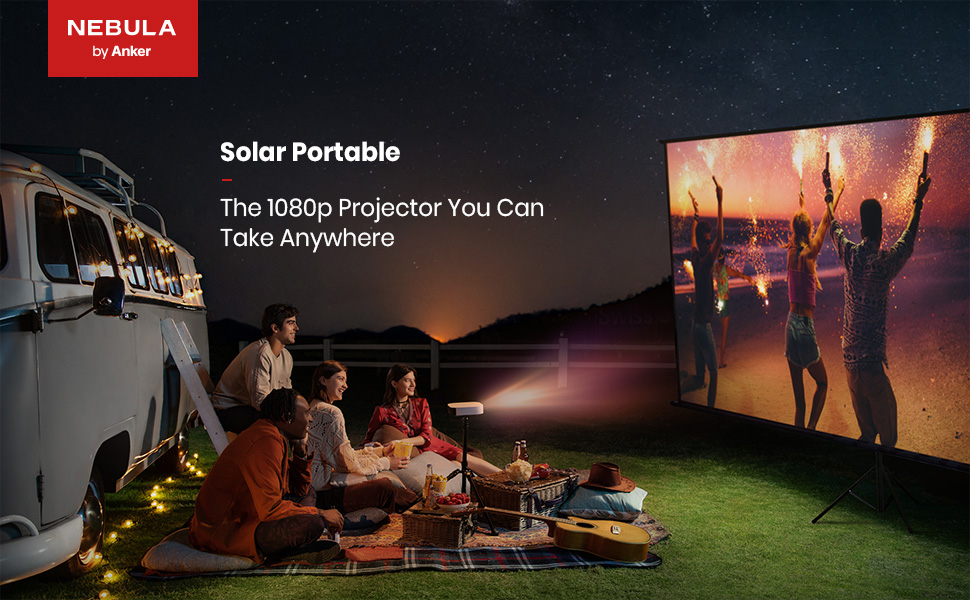 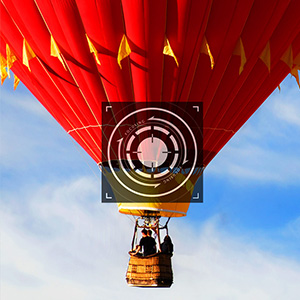 Focus Without the Fuss

Jump straight to the action without fiddling with settings menus thanks to Solar’s ultra-fast autofocus. Just switch on the projector and Solar will handle the rest. 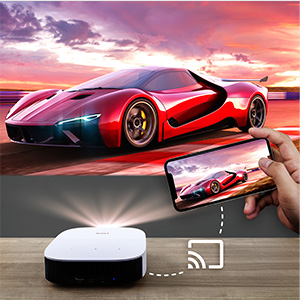 Cast your favorite apps from your Android or iOS device, MacBook, or Windows PC straight to Solar’s huge 120-inch display.

Solar’s quadrilateral keystoning ensures that you get a perfectly squared image from almost any angle. 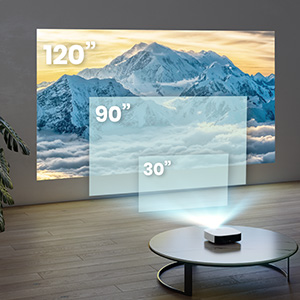 Big, Small, or Anywhere In Between

Adjust Solar’s picture to suit any situation.Max out the image at 120 inches to catch the big game with friends, or scale things down for an intimate movie night for two. 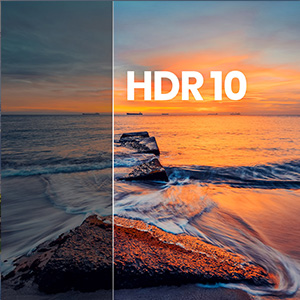 See your movies, games, and more in an all new light with HDR10. Colors are radiant and bright, while blacks are deeper and darker for enhanced contrast and detail. 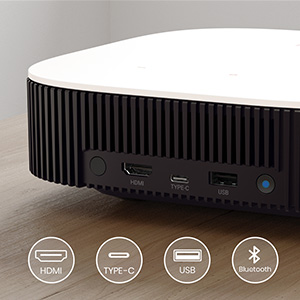 Connect up your HDMI and USB devices to play your favorite media on Solar’s big screen, or wirelessly cast content to Solarvia Miracast or Bluetooth.

Projector itself seems to very good quality, 1080p native resolution is a must.
Could be bit brighter for the price tho, specially in not pitch black conditions. Colours are good enough for home cinema.
What's not so good. Menus and home screen hard to navigate, some apps like netflix especially.
What's bad. Remote control is absolute rubbish. Lack of play/pause/stop is annoying as hell, but what's most annoying is that buttons are flush with remote which is same shape which ever direction you hold it. You can't feel what you pressing in the dark, and surprise surprise the best place to use your projector is dark room.
Coulf have done better design for the price

K
Krystian Berger
Really good. Could not find better for the price.

Love it. I did try few cheaper projectors from amazon they were not as bad as some make you believe but I increased my budget and made a big difference. Its great quality, great picture, great brightness, portability everything really. Definitely recommend it

E
Edward Denison
Does a job, could do it better

Fundamentally, this works well but it has a few issues. It does 1080p output, the battery will last about two hours, the autofocus and autokeystone generally do their job, the android version has plenty of functional apps available. However...

First, and this may be a killer for gamers, there is a noticeable lag when plugged into HDMI. I'm able to tweak the audio lag on my computer to fix it but twitch gaming would never work on there. Maybe the audio and video are better if you use the built in audio but there's no audio out option outside of bluetooth so, regardless, your audio isn't going to sync.

Having Android is nice but it's kinda too nice because then its problems become far more apparent. I can't install lastpass on there so I have to input all my secure passwords by hand, on a remote control. Netflix just isn't on there. I realise this is Netflix's fault and *uck Netflix but it's a problem because i do watch things on Netflix and if it weren't for that I wouldn't have to plug in my computer.

So I used it recently to put song lyrics onto the ceiling of a big tent for a singalong at a festival. Fundamentally this worked, I pointed it upwards and then flipped the image using the projector mode so people could read it easily from the other side of the tent, then I turned off the auto keystone so I could straighten it out on a weird angle. Then I got to work throwing lyrics up and that was working but every so often I would look up at the image and realise there was a big focus symbol covering the screen. It was autofocusing every few minutes. Now the idea of a singalong is that you mostly know the words already so a few seconds of focusing every few minutes isn't a deal breaker and, indeed, nobody complained about that, they complained about the cricks in their necks, but be aware that the autofocus might go crazy if in a weird position (or maybe it was being shook by the sound, no idea)

Love this next level portable projector, had the original
anker capsule and still love it. But this has better quality. Brighter image and can correct image vertical and horizontal which is really useful.