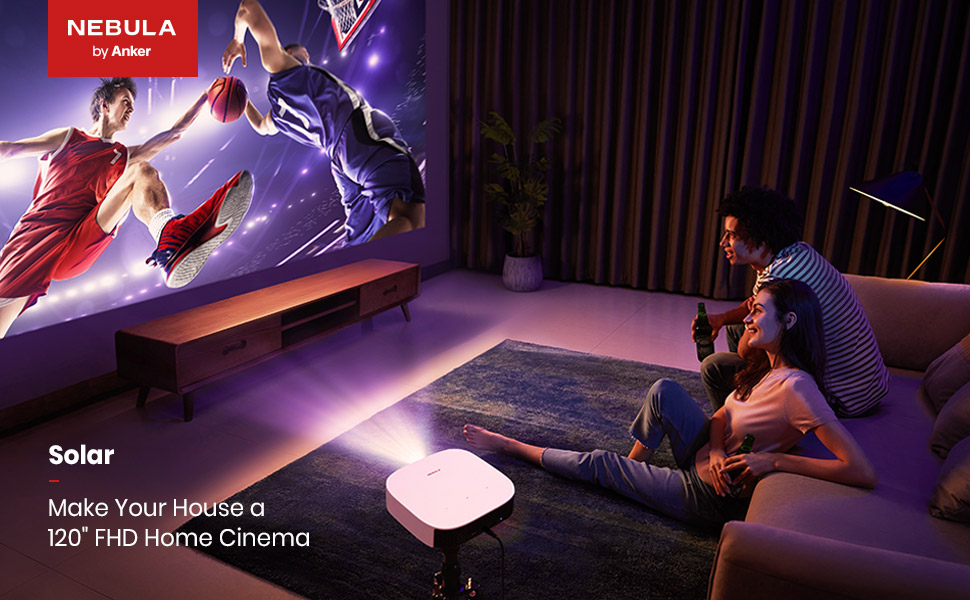 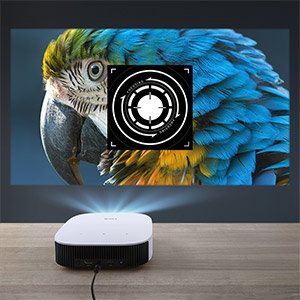 Forget fiddling with sliders and settings menus—as soon as you fire up Solar, the autofocus will kick into action, removing any blur or distortion for a crystal-clear image. 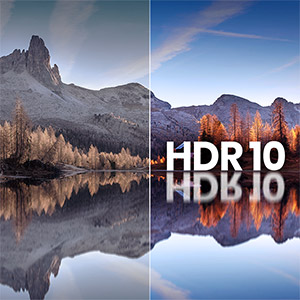 HDR10 adds an extra layer of detail to your favorite movies, games, and more. Colors are enhanced for true-to-life clarity while blacks are deeper and darker for improved contrast. 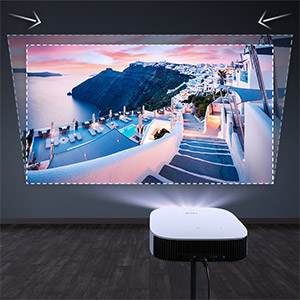 Even when placed at an angle, Solar projects a squared image thanks to automatic vertical and manual horizontal keystone correction. 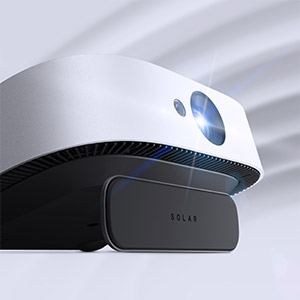 No Need for Accessories

Adjust the angle of projection by as much as 13 degrees without awkwardly propping up Solar with spare books via the built-in stand. 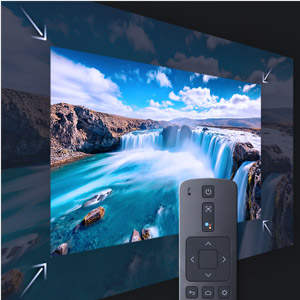 Zoom In On The Action

With its digital zoom lens, you can adjust the size of Solar’s image without having to get up and move the projector. 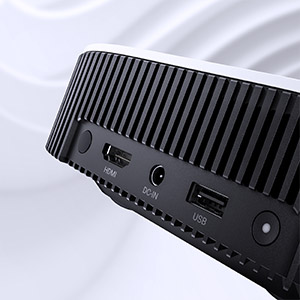 Connect Up Your Devices

Hook up your HDMI and USB devices to Solar to project your favorite media on the big screen—you can even connect devices wirelessly using Airplay, Miracast, or Bluetooth.

Note: Remote required to use the Google Assistant.

Picture was very good but the room had to be very dark, i mean very. Any ambient light creeping in through the door and all quality gone.

It does not claim to be able to work well in a room with ambient light and thats because it doesn't.

Its a shame but we wanted it for movie night in the summer house/man shed/office thing.....but it was a faff to block out all the light, we decided it would be much better using it over the winter when it was dark nights.

Its easy to use, the fact that you can plonk it down to the side of the room and it will straighten the picture as if its in the middle worked very well. ( you do not have to have the projector in the middle of the picture). this is good because it needs to be a fair distance away from the wall to get a good size picture ( Its quite long throw) the fact i could place it to the side of the sofa, this was a help otherwise we would of had to place it on the middle cushion of the sofa.

I Think a Projector designed for this kind of use (Portable) and something that could be moved from room to room (as it sets up quickly and easily) should be a short Throw product as it would much more helpful picking a place for it to sit,

Short throw would also help with light output as its not as badly affected by ambient light (as its much closer to he screen)especially in a low output product like this.

The apps built in worked well, but we gave up with Netflix and plugged in a fire stick instead and never used the apps again.( apparently problems with android and Netflix).

So it had its comprimises, but it was compact, quiet, had good software and the actual picture quality was very good. If you want to use it in a dark room i recommend, if not spend more.

I think its over priced for its given performance for not much more you can buy a much more powerful projector that copes with more varied light conditions .
To me this is a £200 - £250 product and then you cant complain about its limitations.

But finaly, after week or two it died........i don't know if we depressed it moaning when someone opened a door and we could not see the screen, shouting the projector is just not very bright........or its too dim, i think it just may of had enough of the insults and ended it....

We bought this as a TV alternative for our bedroom due to the layout and me and my (once sceptical) partner are blown away by it, the picture quality is fantastic, especially when factoring in that it's only 1080p. The brightness, whilst not incredible during the day when there is a considerable amount of light, is totally satisfactory to watch and in the dark the picture is incredible. I'd definitely buy it again whilst on offer, if I were paying full price I'd possibly look at the next model up (over double the brightness in nits must be fantastic for high light situations).

For the price it’s quite mad how good this little thing is, it’s tiny got android built in for all your apps it’s quiet the speaker actually was impressive blown away!!! Get your orders in I purchased the wired version won’t look back 🤙🏻